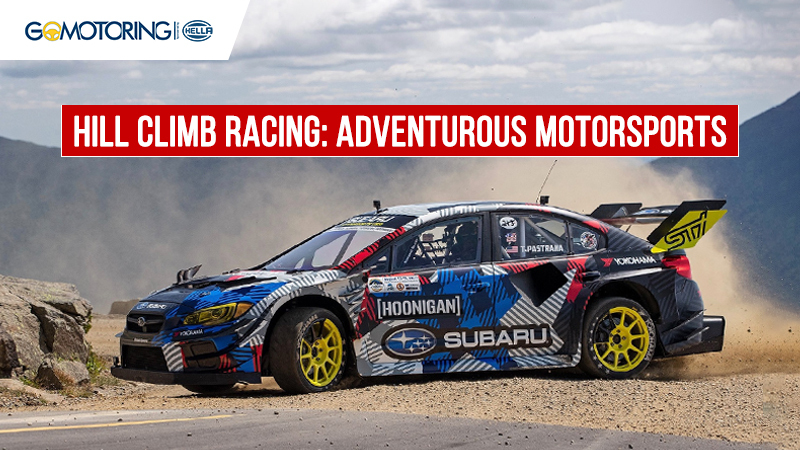 The amazingly straightforward hill climb is one of the most thrilling motorsport events. In a time trial style, drivers compete in hill climb races where they go uphill from one place to another. The winner is the one who gets there in the quickest time.

The legendary hill climb has seen competitions from Pikes Peak to Shelsley Walsh take place in locations all over the world. Although there is no wheel-to-wheel racing, it still thrills viewers as drivers compete to best one another's timings.

We examine hill climb racing in more detail and discuss why it is such a well-liked activity among motorsports fans.

Hill climb racing, one of the oldest motorsports, is renowned worldwide for its exhilarating, on-the-edge action. Hill climb racing is incredibly well-liked in North America, Europe, and Britain.

The Pikes Peak International Hill Climb in Colorado, United States is the world's most renowned and challenging route. It is 12.42 miles and features 156 bends; it is often referred to as "The Race to the Clouds."

Public roads in Europe are used as hill climb courses, like in the ridiculously dramatic 10.75-mile Trento-Bondone circuit in Italy, which has a 7.9% grade.

The hill climb courses in the UK have their special difficulties and are often significantly shorter than those in Europe and America.

King of the Hill Climb Racing

Although there are many various kinds of hill climb racing vehicles, they may typically be divided into open (single seater) and closed cockpit (as with all racing cars).

In order to reach amazing levels of grip and mind-boggling turning speeds, hill climb cars frequently place a high priority on reducing weight and maximizing down force. These vehicles outperform most others when the unrestricted power outputs (in many championships) are combined, especially when tackling an ascent.

The British Hill Climb Championship runs from April through September throughout the warmer months. It includes events at prestigious locations like Harewood and the Shelsley Walsh and Prescott mentioned before.

Since the 1930s, several public roads throughout Europe have been used to host the European Hill Climb Championship. The fact that several nations competed in the championship shows how well-attended the games may be.

Hill climb competitions are also held in other nations, such as the US, New Zealand, and Kenya. These occasions frequently include breathtaking scenery, and there is some amazing video online of really skilled drivers attempting the numerous ascents.