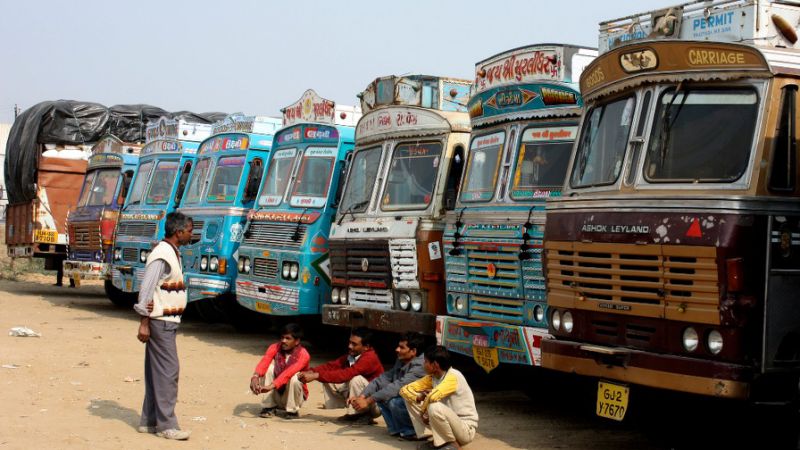 Long haul truck drivers are an unusual lot. They have no fixed lifestyle. Nomads, they live on the highways, outside factory or distribution centre periphery or wherever their job demands. Certainly not at home, tucked under the warm blanket or the warmth of spouse every night.

Long haul truck drivers are an unusual lot. They have no fixed lifestyle. Nomads, they live on the highways, outside factory or distribution centre periphery or wherever their job demands. Certainly not at home, tucked under the warm blanket or the warmth of spouse every night.

Away from home and on the job day or night with no protection in the strictest sense of the term as one understands, every day is a challenge: minor or major. By and large, driver from north dominate the trucking space vis-a-vis their counterparts from the south, notwithstanding the linguistic and food challenge.

Accidents are a regular happening, not because they are bad or incompetent drivers. However, excellent driving skills they may possess, mishaps warrant another party as well and one cannot vouchsafe the latter's competence. Invariably, when accidents involve non-trucks, the blame squarely pinned on truck drivers. Beaten blue and black by the public or the other party particularly the non-trucking driver-owners or drivers is a thing truck drivers would like to avoid.

While drivers from south are more cautious and do not get into verbal argument and quietly accept the blame mostly due to linguistic handicap, northern drivers are risk takers. In case of accidents, if the situation looks grim, they flee from the scene. Safety of their lives first.

In the event of being caught by police, their behavior is uniform. They certainly argue trying to wriggle out of the crisis citing that the other party committed the mistake. No police has conceded the truck driver version of any accident. Hence, they invariably negotiate to tone down the penalty. After all, it may cut into their earning. Of course, they allegedly bribe and avoid  paying a hefty penalty. When the situation is serious, the fleet owners are alerted who in turn set their rescue mechanism in motion.

Food & Rest timing: These two are most critical issues for long haul truck drivers. By and large, most of them carry their own cooking utensils and stove. Fuel is of course free! They buy fresh vegetables en route, cook wherever they halt and eat because highway dhabas catering to this tribe is equally costly.

Northern drivers detest being served rice, sambhar in southern states. Their preference is tandoori roti and dal. Many end users have begun to stop utensils and stove being carried in trucks from cargo safety perspective. Southern drivers, on the other hand, donot like plain dal. Their preference is for rice, not roti. Self cooking mostly solves this problem. They have one hefty lunch around 1400 hours wherever they wish: be it on the roadside, parking yard or some oil marketing company truck stops where they get resting space as well, provided their companies have some fuel purchase arrangement. Otherwise, they cook under the open sky or even under the truck.

Rest is again when they wish. There is no concept of wayside amenities or truck stops as in the United States or Europe or Australia. Under the GST and e-way bill era, they invariably cover 400-500 km a day on good routes, if the vehicle is single driver driven. Double drivers, when some corporate insist, then they cover 700 km in an 24 hour cycle. In which case, the vehicle is constantly on the move with the non-driver resting. Driving times are rotated.

However, companies like Rivigo and DHL - the new age fleet owning transporters have gone in for rest and relay format with drivers driving fixed km and going home for a day rest, thus finding a solution to the " away from home" syndrome.

Rest is always inside their truck cabins out of fear of losing cargo. Absence of security provision when they sleep is a dampener. Poor resting amenities and unhygienic food for long stretches definitely affect their driving performance. Fatigue is a cause for concern. Poor dieting pattern also results in eyesight challenge.

When  it comes to the question of vehicle maintenance, drivers well trained or otherwise they know the innards of their vehicles. Given the fact that their earnings depend on the number of kilometre covered, and not on regular salary basis, they show extra care to ensure they are on the move unhindered. Major breakdowns, obviously, they cannot manage on their own and that is when their fleet owners come to their rescue.

Fuel efficiency is a tricky issue. Their driving skills are nowhere near their American or European counterparts. Hence, there is a  huge potential for fuel saving. There is also another area of interest while on the subject of fuel efficiency. Fleet owners trust their drivers moreon the fuel consumption issue than the bombastic claims of HCV OEMs. Of course, owner-drivers are more adept at vehicle maintenance and fuel efficiency. After all, they own vehicles, unlike drivers. Hero MotoSports Wins A Podium In Stage 2 At Dakar Rally