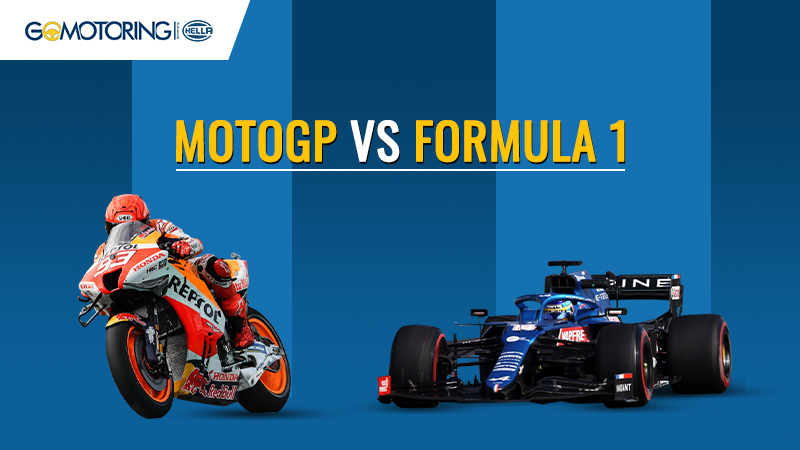 MotoGP and Formula 1 are the fastest motor races in the world. Having their challenges, drivers of both groups must push their limits on track while competing. But the majority of people want to know which one is faster.

When comparing the two, several factors should be considered apart from lap times. Not just four wheels but other factors distinguish F1 from MotoGP.

Difference between MotoGP and Formula 1

The most remarkable difference is the fact that F 1 has four wheels. Apart from tyres, each vehicle has a distinct weight. F1 cars, including drivers, must weigh at least 740 kg, whereas MotoGP bikes weigh approximately 157 kg.

There is a size and engine variation. The bike has a four-cylinder, 1-litre engine that is capable of producing 280 horsepower. On the other hand, Formula 1 has a hybrid V6 engine, 1.6 litres, that makes 1000 horsepower.

The F1 car can revolve at 0-100km/h, while the MotoGP takes to the top at 0-200km/h. Electronics take complete control at 180kph in the F1 car, and riders of MotoGP can manage the throttle in the bike. The F1 car takes 5.2 seconds, whereas the bike does it in 4.8 seconds. The single-seater F1 car requires 10.6 seconds to get to 300kph. On the other hand, the MotoGP bike needs 11.8 seconds to do so.

Important issues confront the MotoGP bike, i.e., it is tiny and lacks aero perfection as in Formula One. The tyres and aerodynamics allow the vehicle to attain far more excellent traction than an F1 car can manage. An F1 car can slow down from 312kph to 240kph.

An F1 car is more stable because of a lower centre of gravity and good traction. During hard braking, the back wheel of MotoGP is up in the air, requiring the rider to apply the early brake. While racing at 250 miles per hour or above, MotoGP riders use their bodies constantly, but F1 car drivers use the steering wheel and pedals.

Is there any Comparison?

Comparing two-wheeler with four-wheeler vehicles is difficult. The comparison between the two is different. The MotoGP bikes are similar to high-end road bikes, but F1 cars are not the same as we get from any average automobile.

F1 vehicles are much more rapid than MotoGP bikes; therefore, Formula one races are shorter. Both motorsports are different with much intensity. F1 is considered the fastest due to its high degree of grip, downforce, and superior cornering capabilities. 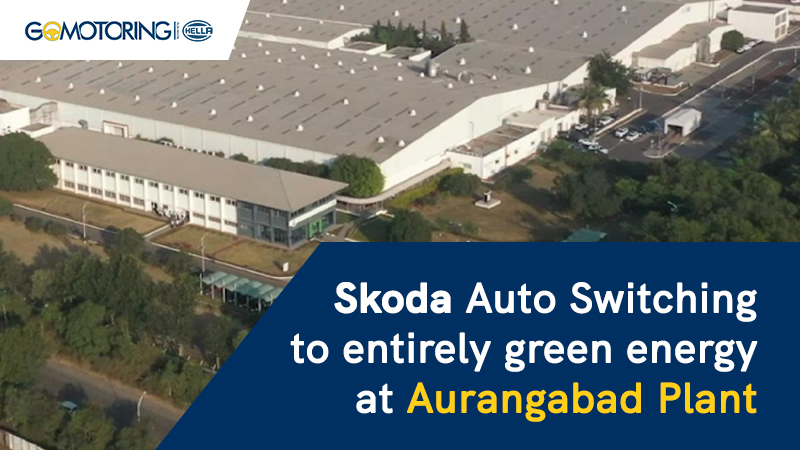