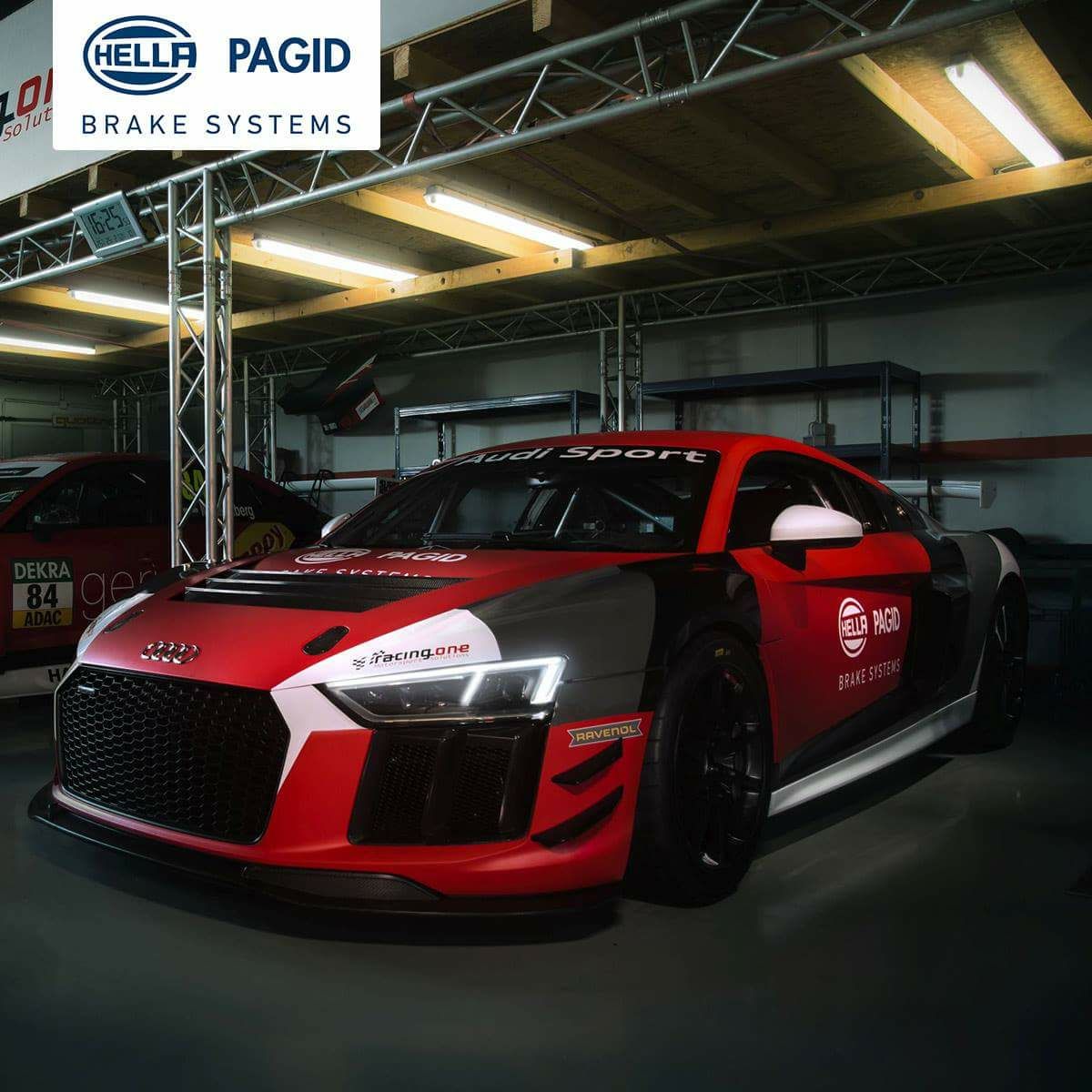 Hella Pagid will be present in this year's VLN Long Distance Championship Nurburgring, ADAC TCR Germany touring car race and GT4 European Series motorsports racing series for Gran Turismo Cars. As a premium sponsor of Andernach based motorsports team Racing One, the employees behind the HELLA and TMD Friction joint venture are also excited for the drivers. "Since 2011, the racing one team has been a mainstay in the European Motorsports Scene", explains Timo Kramer, Marketing Manager of Hella Pagid. "Due to their many years of experience in touring car racing and numerous victories in VLN class SP8, we look forward to a successful season."

In this year's season, Racing One will be stepping up to the plate with a Ferrari 458 GT3 in the VLN, two AUDI RS3 TCR lmss in the ADAC TCR Germany and two AUDI R8 GT4 Imss in the GT4 European Series. On location - on the trailers and Racing One Race Cars - Hella Pagid will be present in the upcoming racing season. " This will no doubt be an action-packed season together with Hella Pagid," affirms Martin Kohlhaas, Managing Director of Racing One. "We are confident that our team will profit from the collaboration."